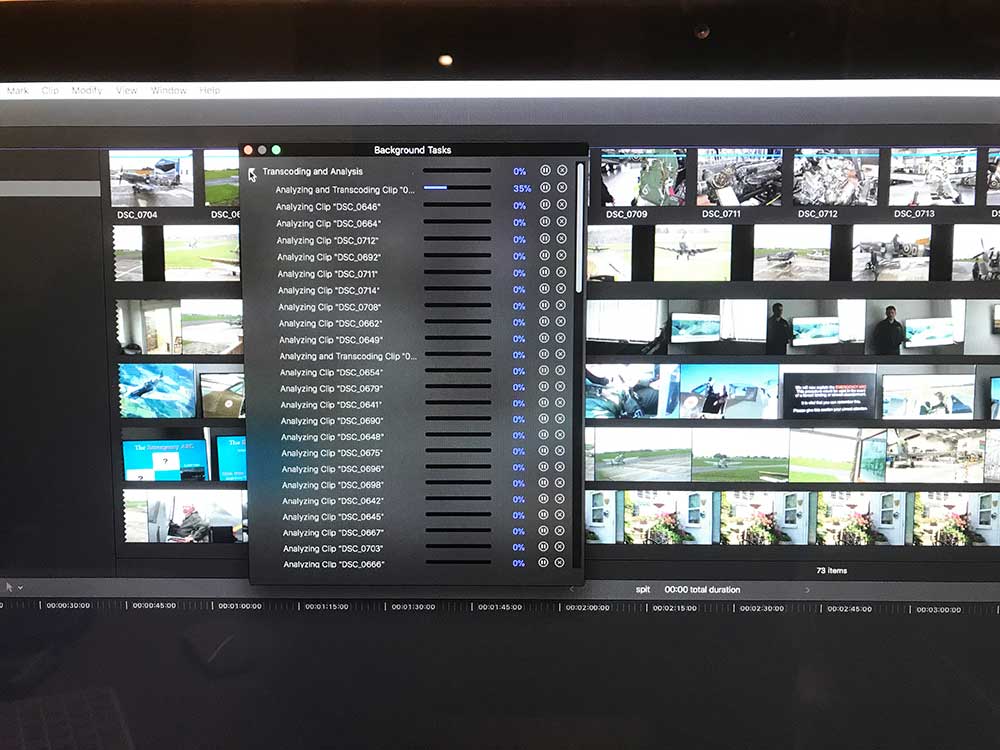 The picture above shows FCP X Optimising the video clips for the final project.

The subject of the video was a day out that he had bought for his 91 year old father to fly in a Spitfire from Biggin Hill to Dover and back.

The in cockpit video footage came from 2 Go Pro cameras. One was mounted forward of the aircraft and the other back into the cockpit to film his father.

Video taken on the ground was HDV tape and an old JVC HDD video camcorder.

The HDV video was captured via our HDV deck into Final Cut Pro 7. Settings used to capture the footage were HDV Apple Intermediate and the timeline was set to Apple pro Res 422.

The main task for editing was to cut between the 2 Go Pro cameras in the cockpit of the plane. Making sure that the video footage between the cameras was in perfect synchronisation was a challenge. Using land marks on the trip between Biggin Hill and Dover made the job easier.

Music was adding to the video at the start and end, along with titles and any necessary colour correction to match the looks of the various cameras used to film the day.

The Final video was burnt to DVD and 10 copies of the DVD Including printing and DVD library cases.

For more Information about our video editing Sussex services please follow the link below.