The video Set piece to camera was filmed for our 2 local Independent councillors Sarah McStravick and Sylvia Dunn.These video Interviews where shot In order to be uploaded to there websites.

The video Interview shoot, started at 1o’clock in the Afternoon. There where 4 different locations to shoot at. All of these locations where within Seaford. Showing the different wards. Filming was challenging in the Town centre of Seaford. This was due to traffic noise and making sure we did’nt get in the way of the general public.

The video Interviews where shot on a Sony Z1 using a Vinten Pro tripod. Sound was recorded using radio microphones for ease of movement for the councillors.

Post production of these video Interviews was just a case case of a few cuts and sound cleaning. The final video was encoded to HD Apple Pro res. This was then given to Fiona for uploading to the Councillors websites. The editing software used for this was Apple FCP X. 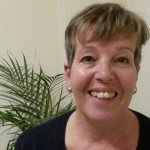 Personal note. I do strongly believe that Sarah and Sylvia are dedicated Independent local councillors. They work very hard to fight for local Issues. I really do believe that they deserve our vote In May. 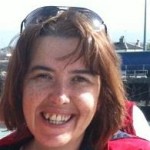